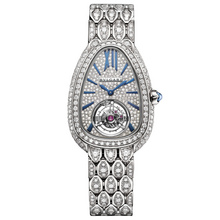 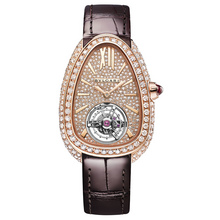 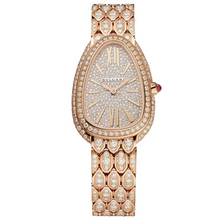 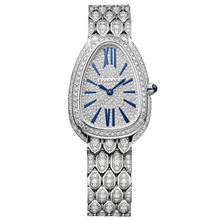 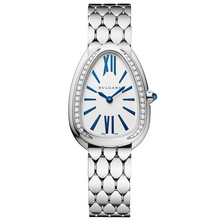 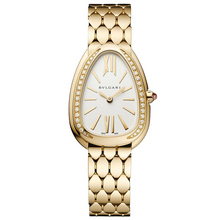 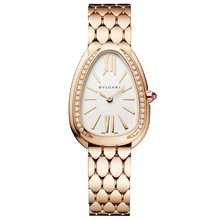 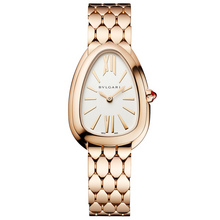 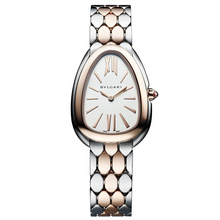 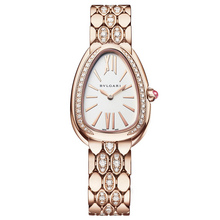 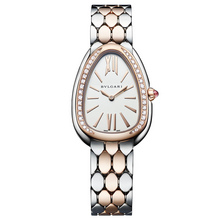 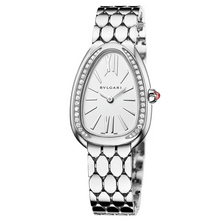 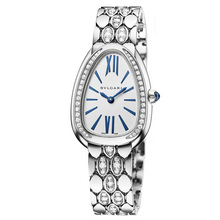 For women, two of Bvlgari’s most iconic collections continue to evolve with the introduction of the Serpenti Seduttori Tourbillon and new Divas’ Dream editions.

When it was presented last year, the Serpenti Seduttori reimagined the Serpenti cult watch. The women’s watch that is Born to Be Gold, it elevates the preciousness of time and marks the golden moments of a woman’s life. Now, Serpenti Seduttori continues its journey with the debut of new models that are Born to Shine, including the rare tourbillon movement for women, BVL150 Caliber. The movement of the new Seduttori represents that synthesis of Swiss knowledge and jewelry-making savoir-faire that only Bvlgari can execute — and is a pinnacle of design as the smallest tourbillon on the market. It revives the lost tradition of the small mechanical movements that were replaced by the quartz in the early 70’s.

Designed to fit the Serpenti-shaped case, this small-sized shaped Haute Horlogerie movement is rhodium-plated, hand-decorated with Côtes de Genève, perlage and beveling, and features one sapphire bridge. Unlike other watchmakers, Bvlgari adapts the technical considerations to suit the aesthetics, and thus chose a transparent sapphire backcase at the level of the tourbillon to highlight the movement and decoration work, a winding stem inclined of 6 degrees, located between 2h and 3h, and special pavé setting to achieve as thin a case as possible.